Cut Loose Art is currently closed for new orders whilst we take a holiday! Please check back soon. Thanks. 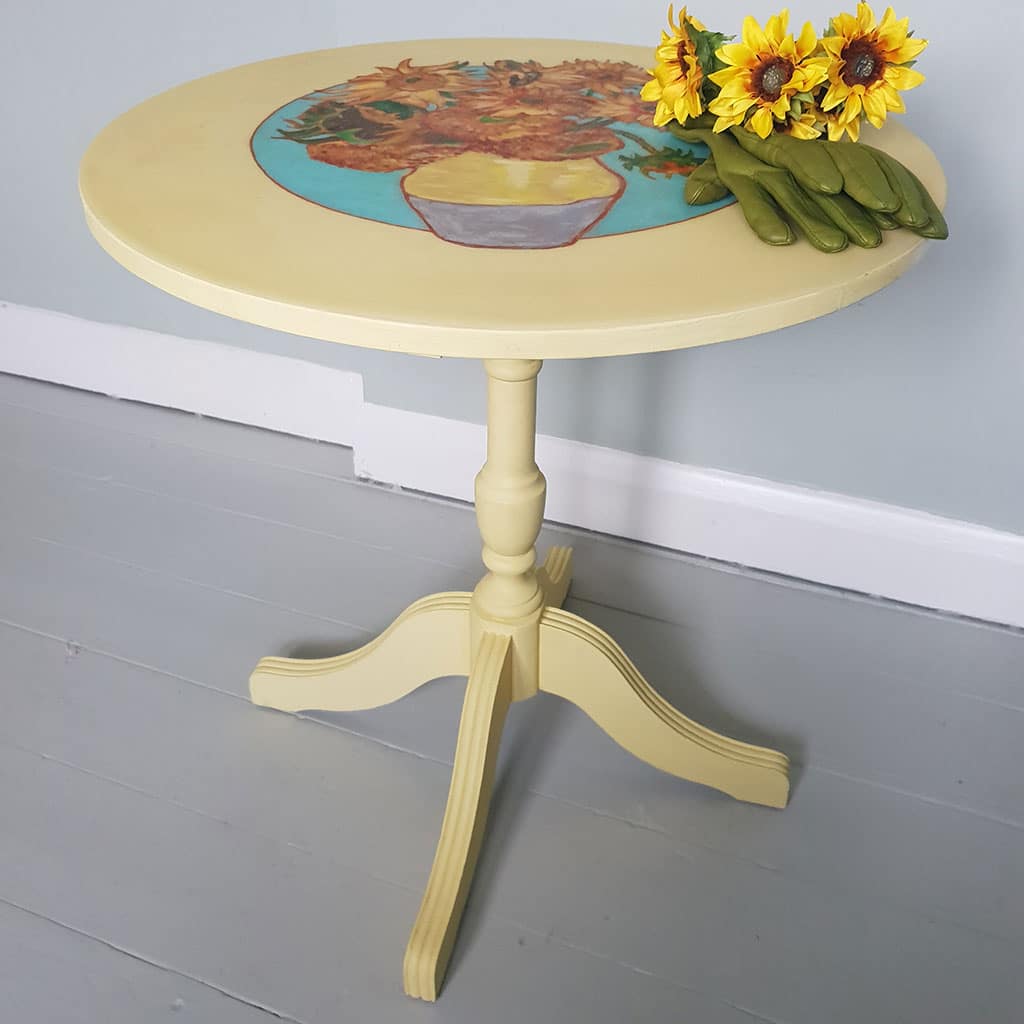 Sunflowers featured in two series of paintings by Vincent Van Gogh. In the first series, the flowers were depicted lying on the floor but the most famous series captured them perfectly posed in a large earthenware vase.

In total, Van Gogh painted five versions. Most were created to welcome his friend, Paul Gauguin, to the property that Van Gogh had rented in Arles – the Yellow House. Gauguin was most impressed with the paintings but not with Van Gogh’s idea of starting an artists colony there. Nor did he like Van Gogh’s obsessive behaviour towards painting. After 63 days of fighting and a certain incident with an ear, Gauguin left.

Although Van Gogh never suceeded in selling any of these paintings during his lifetime, they have become iconic images. One of the versions set an auction record in 1987 and all of them are now in major galleries across the world.  Despite their popularity, it is often thought that they are all the same image and the variation in the number of stems or colours used is missed.

The particular image that Peter has used for his table is the one held in the Philadelphia Museum of Art. 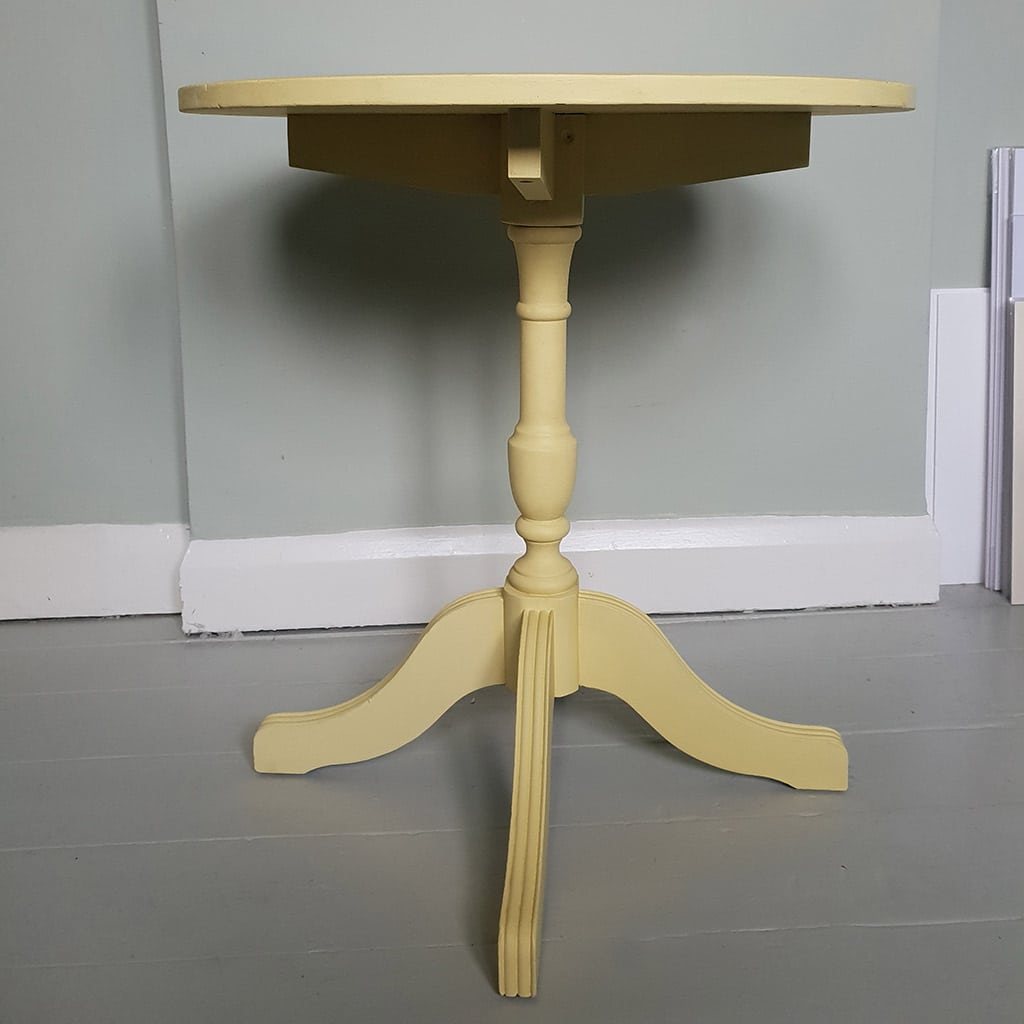 The wooden table is of a modern construction in a classic style. Its petite proportions make it an deal choice for a hall table or occasional table for a Living Room or Bedroom.

In a subtle, warm yellow that works in harmony with the bold copy of Van Gogh’s Sunflowers, the piece will add a touch of colour and brightness to a room.

With this makeover, Peter has saved another item from landfill and created a unique, hand-painted, fun piece of furniture. 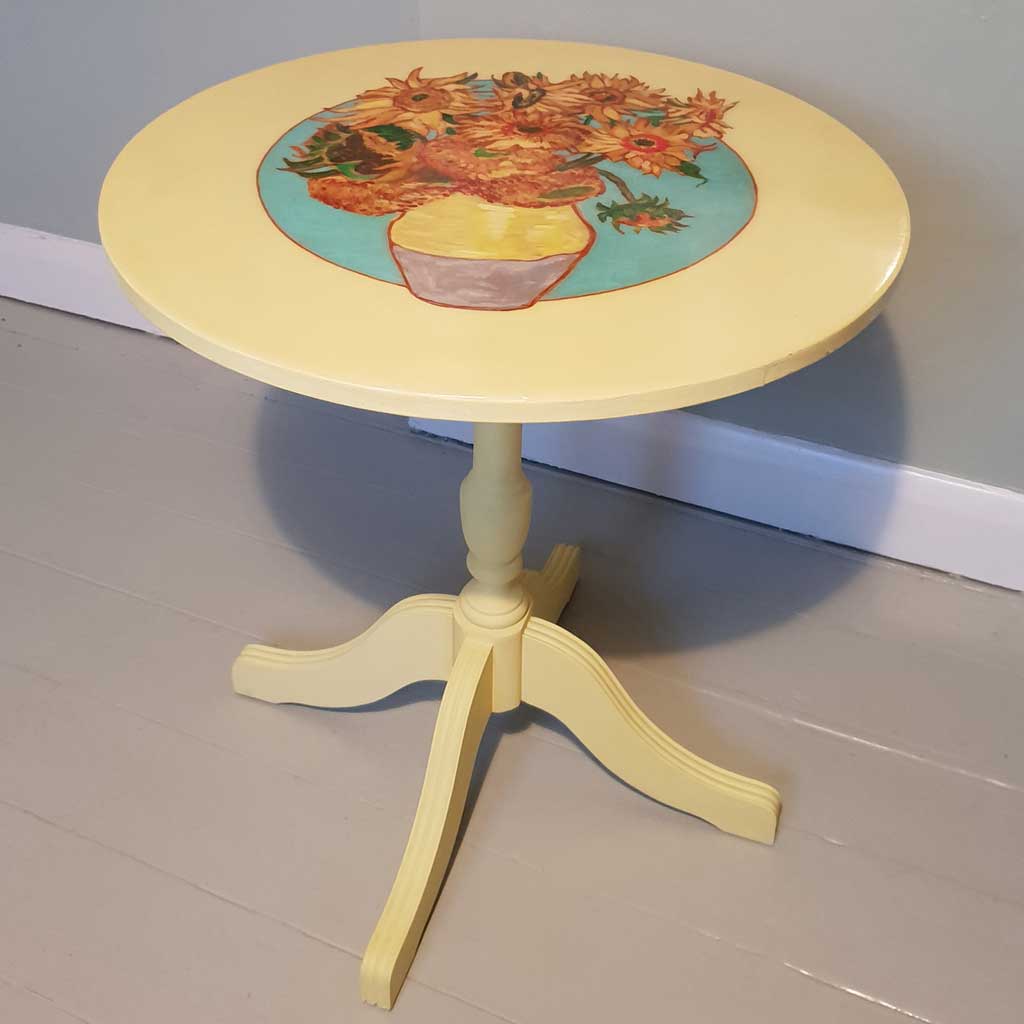