Cut Loose Art is currently closed for new orders whilst we take a holiday! Please check back soon. Thanks.

Here’s one for all you sci-fi fans out there!

Those of you who know your robots will already be familiar with Robby. But, if not, allow us to introduce him…

Robby had his big breakthrough in the 1956 Science Fiction film classic, Forbidden Planet. The film was seen as being loosely based on Shakespeare’s The Tempest and Robby’s character had much in common with the part of Ariel.

He was the first filmatic robot to have a distinct personality and it was his dry wit and loyalty that made him quite the star of the film. Although portrayed as a maniacal machine in the film’s posters, Robby was actually a very intelligent and benevolent character.

He went on to ‘star’ in many other films and tv shows either as himself or as a generic, unnamed robot!

And now he is celebrated in acrylic paint with Peter’s fantastic Wall Art panel available at Cut Loose Art. 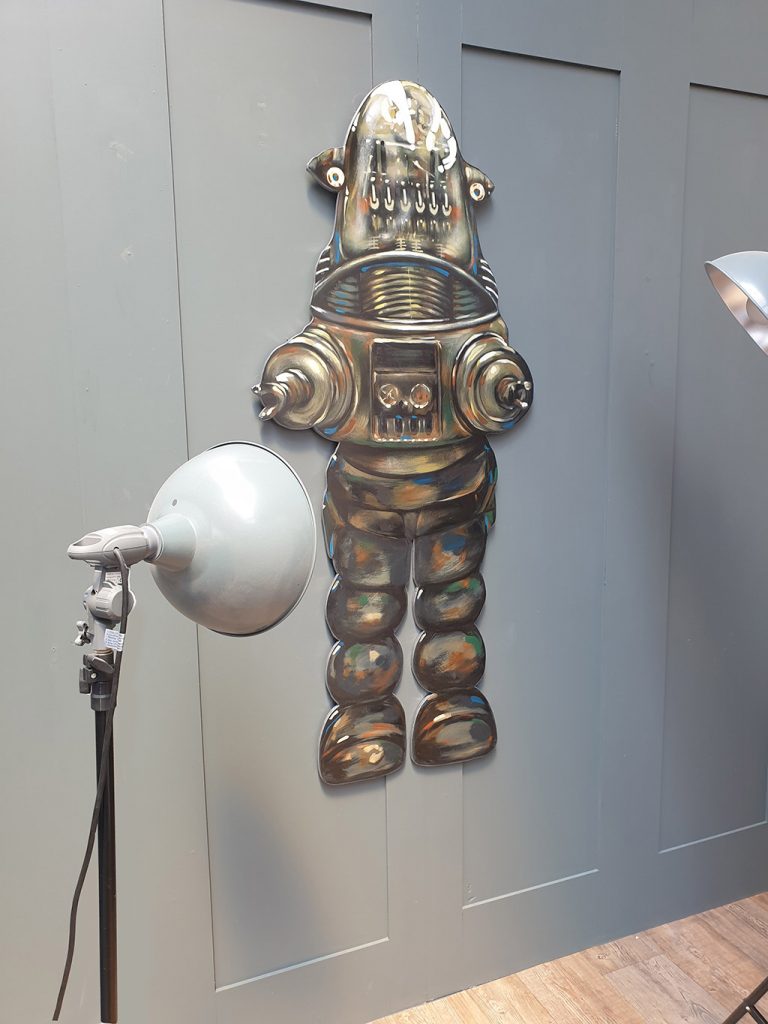